Over the past year, a local entrepreneur, working with the Mason Small Business Development Center team, has been focused on bringing a new approach to the “EdTech” sector. Mr. Ganga Bathula is the CEO and Co-Founder of a Fairfax, Virginia based early stage startup called Proctor360 . This innovative company plans to bring highly secure testing and professional certification proctoring directly to consumers. From the outset, Mr. Bathula and his team sought resources and help from the Mason SBDC and its Director and Senior Business Adviser, Timm Johnson and George Siragusa respectively. Using Lean Startup Principles, both Timm and George began providing advice and guidance regarding a strategic plan that would take Proctor360 from concept to commercialization.

Having worked in the brick and mortar testing and certification space for 25 years, the team at Proctor360 has had the benefit of perspective. The problem had been integrity and security. They also saw the early indicators of change. They have seen how the industry drivers begin to shift even exam testing more toward the convenience and flexibility of the online economy.

Up to this point, stringent processes, applicable technology and security requirements from schools, universities and companies were not yet robust or available. Making positive client identification, having less secure websites and using only front-facing PC cameras with their blind spots, were among the issues facing physical in-person proctoring from moving online. With experience behind
him, Ganga and his team addressed the gaps in security and cheating directly by designing what he believes is a comprehensive system that is making false identification and that potential cheating nearly
impossible. Proctor360 is positioning themselves for growth owed in part to an online testing industry that is estimated to be worth $10 Billion by 2026.

Recently, Proctor360 led a successful crowdfunding campaign on the StartEngine platform where they raised funds for their seed round. Mason’s Senior Business Advisor George Siragusa helped them design the “pitch” presentation required to meet StartEngine’s investor requirements and with Proctor360’s marketing plan to raise awareness needed to raise the necessary capital. Over six months they posted viral ads, held YouTube Live sessions, and connected with investors online and in-person to share their
vision. They successfully raised $80,000.00 to help continue product development and to build prototypes.

Since the end of that campaign, Proctor360 has been developing designs for their first production model. They moved the hardware designs in-house, to ensure quality and to supervise and control the modifications they made. They are currently finalizing their final headset design and expect to go into production in the next few months. In addition to hardware, they are also developing a unique
software component to work with their system, which gives Proctor360 the comprehensive ability to secure exams and allows them to have full control over the test-taker experience.
Proctor360 took on both the hardware and software challenges head on. Proctor360 deploys a special 360°camera mounted to a headset with proprietary integrated circuity allowing for a full view of the testing space from directly above the user. This, in conjunction with a traditional front-facing camera and lockout software, can secure almost any location. A user simply registers for the test or certification, has the headset delivered to their home, plugs it in on the day of the test and takes the exam. A proctor can remotely assist and oversee the test. Once completed, the customer ships the unit back in its original box, shipping label and postage included. Just as we have seen other markets move towards user-convenience, Proctor360 aims to do the same for secure testing.

Their visibility has helped them begin to garner interest from the exam and professional certification industry. This was reinforced with some marketing push. Again, with help from George Siragusa and the Mason SBDC, they utilized GMU’s “Handshake”, a local university program where they posted a job description and hired a GMU engineering student as a summer intern to conduct outbound calls. George Siragusa also helped Proctor360’s management team with the intern’s onboarding and training. Once trained, the intern helped drive awareness and set up demonstrations. As a result, there currently is an active pipeline filled with potential clients, potential partner companies and scheduled demos. Using one of the early prototypes, Proctor 360 demonstrated their proof of concept by delivering a final exam to students at a major Virginia University. 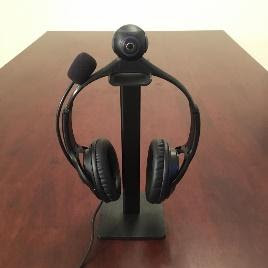 Proctor 360: A Solution for Online Testing

Meet one-on-one with a Mason SBDC counselor for FREE.

Back to top
Page load link